The Gift of History 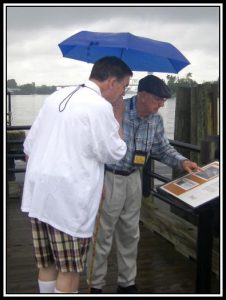 On January 19th, area historian and Downtown Wilmington tour guide, Bob Jenkins shared with Intracoastal agents many interesting facts from Wilmington’s History.  From the early beginnings through current day, Bob delivered his key storytelling notes with humor and incredible detail. We tried to capture the essence in the highlights below. Pick out just a few to have on hand – you’ll be glad you did.