As our partnership with Luxury Portfolio allows, Intracoastal Realty’s listings are often featured on LuxuryPortfolio.com. We often spotlight outstanding listings around the world and become enamored with the many features, outdoor spaces, and interior design and decor of these lavish properties. This month the properties listed showcase spectacular details and decor in exceptional locations! We hope you enjoy learning more about these three extraordinary homes.

AMENITIES INCLUDE: on golf course designed by Jack Nicklaus, pool

Sexy and sophisticated sky home for the most discerning of buyers. A rare offering balancing exotic finishings, exquisite craftsmanship and near future proof technology. An unprecedented master feats: Platform bed, W/I closet, balcony and smart glass separating you from your alluring marble clad ensuite (flip a switch and your view of English Bay doubles in size from your bed). Control4 system throughout for auto blinds/blackout shades, music and heating. Stunning bar area with illuminated onyx rock/wine display. Large living with drop down projector + Nana doors bring the outside in! Heated porcelain tiles, A/C, custom millwork – it just goes on and on. Built for entertaining but designed for appreciation. Five car garage!

Ocean Isle Beach is a popular vacation destination as well a permanent home to 614 people. The area has endured many ups and downs throughout its rich history, shaping it into the bustling and beautiful town that it is today.

One of four barrier islands in Brunswick County, Ocean Isle Beach is located halfway between Wilmington and Myrtle Beach. Stretching 8 miles long, it faces due south, a rarity among East Coast beaches, and is on the same latitude as Los Angeles, Calif., and Damascus, Syria. The first inhabitants arrived in about 10,000 BC and were mostly Cape Fear Indians. Eventually scavenging pirates discovered the area as well, but by the early 1700s the world around what is now Ocean Isle Beach began drastically changing as English settlers arrived to forge a more permanent lifestyle with plantations, including Gause Manor, which was part of the tar and turpentine industry. While many believe fire later took Gause Manor, no one knows exactly what happened to the grand home that President George Washington visited on April 27, 1791.

The next notable era in Ocean Isle Beach’s history was the age of Prohibition, when it was illegal to produce, transport, or possess liquor. During the 1920s, sailing vessels often smuggled rum and other spirits from the Bahamas, Jamaica and Canada into Brunswick County via Tubbs Inlet. Even today, you may still find liquor bottles scattered in the woods around town from where locals transferred smuggled alcohol into other containers to avoid arrest. The isolation of this area made this nefarious trade big business until Prohibition was repealed on December 5, 1933. Also during the 1920s, the first commercial structure on Ocean Isle Beach, a dance hall/honky tonk near the site of the former Gause Manor, marked the Jazz Age and attracted young flappers from as far away as Whiteville who wanted to dance the Charleston and partake in bootlegged gin.

The geography of Ocean Isle Beach, which was known as Hale Beach prior to 1949, changed dramatically in 1934 with the arrival of the Intracoastal Waterway project. Prior to this, the area was not an island and you could easily walk or drive from the mainland to the ocean. The digging of the manmade inland channel carved a barrier island that was only accessible for boat for the next 16 years.

Modern-day Ocean Isle Beach really started to take shape during the late 1940s, when Odell Williamson began purchasing tracts of land that would lay the foundation for the town. Williamson was elected to the North Carolina legislature in 1947 and from there was able to further spearhead Ocean Isle Beach growth. He and his wife Virginia gave the area the name Ocean Isle Beach in 1949. A year later, he built a four-car ferry over the waterway, which operated until 1959 when a swing bridge was completed. This served the island’s transportation needs until 1986, when the current high-rise bridge was constructed in the same spot.

Hurricane Hazel on October 15, 1954, hampered the island’s initial progress and was a devastating moment in the history of Ocean Isle Beach. The worst hurricane ever to hit the area, Hazel destroyed all but two of the island’s 41 homes and took the lives of seven people riding out the storm there, including Williamson’s sister, her husband, and young son. Four survived, including Williamson’s niece. Due to the timing of the storm coming ashore during the highest tide of the year, the Atlantic Ocean actually met the Intracoastal Waterway and covered the island entirely in water. An article in Our State magazine offers a harrowing and detailed account of this incident.

Despite this tragic setback, development persevered. Williamson constructed the first fishing pier on the island in 1957 and built the offices for Ocean Isle Beach Realty across the street. To make room for a parking lot at the pier, he moved an old duplex to a new lot and converted it to a private, four-bedroom oceanfront cottage, where Virginia spends her time to this day (Odell passed away on October 3, 2010, at the age of 90).

Ocean Isle Beach was incorporated in 1959, and Williamson served as the first mayor from 1959-1963. His wife Virginia later served as mayor from 1969-1973 and daughter LaDane from 1973-1987. LaDane, brother DeCarol, and their families both continue to be active in the family business and throughout Ocean Isle Beach, while Virginia also remains involved.

The Williamsons’ vision for a family beach persists today, and Ocean Isle Beach is more vibrant than ever. It holds more than 3,000 residences, including single-family and condos, with a seasonal population peaking at over 25,000.

Do you want to be part of the story of Ocean Isle Beach’s future? Let Intracoastal Realty be your guide. We are a full-service real estate brokerage operating since 1976, and we currently have 13 offices with over 400 agents and staff to serve Southeastern North Carolina, including the areas of Wilmington, Wrightsville Beach, Carolina Beach, Kure Beach, Southport, Oak Island, Ocean Isle Beach, Leland, Hampstead, and Topsail Island. 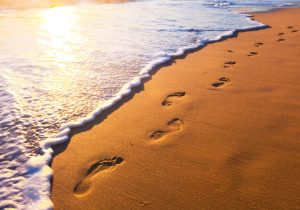 Relocating to a new area is always somewhat nerve-wracking. But here at Intracoastal Realty, our goal is to make sure you feel as comfortable as possible throughout the entire process of buying your new home. It isn’t just about helping you find the right piece of real estate to purchase – it’s about making you feel at home.

To facilitate this, we have a special team set aside particularly for relocation assistance, dedicated to showing you that famous southern hospitality all while providing exemplary customer service. In the meantime, here are some of our most helpful hints and tips to getting ready to move to our beautiful coastal towns.

Before you even set foot in your new home, you’ll want to make sure that those who need to locate you on important subjects such as bills and notifications can do so easily and without untimely delays. This of course means you’ll need to change your address with the USPS, but remember to also go ahead and forward your mail to your new location so nothing gets lost or improperly directed before you have the chance to alert anyone else of your relocation.

As for your medical and school (as well as any other key documentation) records, getting copies in either paper or digital format should be sufficient, but it never hurts to have both. Check in on institutional forwarding policies well ahead of time to avoid any hassle if you should decide not to obtain physical copies prior to your move.

When you’re searching for a new home, maybe in an unfamiliar city to boot, it’s often easy to forget some of the local businesses your frequent on your list of loose ends to tie up before you go. Contact your favorite pharmacies, dry cleaners, etc. if there is any chance that a personal item has been inadvertently left, a prescription not transferred to another facility, or any other housekeeping items to which you need to attend before moving into your new home.

If you keep a safe-deposit box, double-check that you’ve emptied it before leaving, especially if you use a local bank rather than a national branch. If possible, you can go ahead and set up a new checking account to ensure you have access to your funds as well.

These are just a few items on a seemingly never-ending list of things to do before your move, but don’t worry! We may not be able to do these things for you, but we can help guide you through the process of settling into your new home, making the list feel more manageable on your end. Contact us to start your moving process today!