10/8: State of the Art/Art of the State – Cameron Art Museum

As our partnership with Luxury Portfolio allows, Intracoastal Realty’s listings are often featured on LuxuryPortfolio.com. We often spotlight outstanding listings around the world and become enamored with the many features, outdoor spaces, and interior design and decor of these lavish properties. This month the properties listed showcase spectacular details and decor in exceptional locations! We hope you enjoy learning more about these three extraordinary homes.

Once in a lifetime the right property comes along… The perfect location in sought- after Bradley Creek Point off designated “scenic NC byway” Airlie Road within walking distance of the Intracoastal Waterway and Airlie Gardens. No expense was spared and no detail overlooked in this magnificent Normandy inspired residence with private pier. From the latest building innovations including spray foam insulation, Marvin windows and Mike Powell’s furniture quality cabinetry and built-ins to antique European interior doors and mantles from the 17th & 18th century. Impeccably designed and masterfully built by Mark Batsin’s Toungue and Groove old World Craftsmen, this 6500 sq.ft. residence captures the perfect blend of neighborhood setting, timeless design and commitment to only the finest materials.

The splendour of nature, the warmth of community, the total privacy… some of the rare advantages of life at Waterstone Estate. A stunning home for those who value the very best in life.

In the prime position in this complex, this glorious creation has uninterrupted views with stacking doors leading to a huge patio, gorgeous pool and garden. With five en suite bedrooms, it is cutting-edge in both finish and design. Standing tall among the best of the best in this exceptional development, wonder awaits you.

Ready or not we have pumpkin! Frightfully simple no bake pumpkin layered dessert served with a homemade caramel that you can set and forget. Surprise your guests with this unforgettable seasonal treat for a ghoulishly good time. 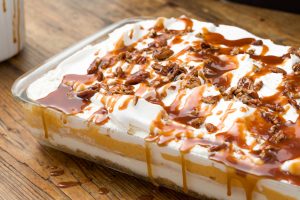 How to Make Caramel from Sweetened Condensed Milk 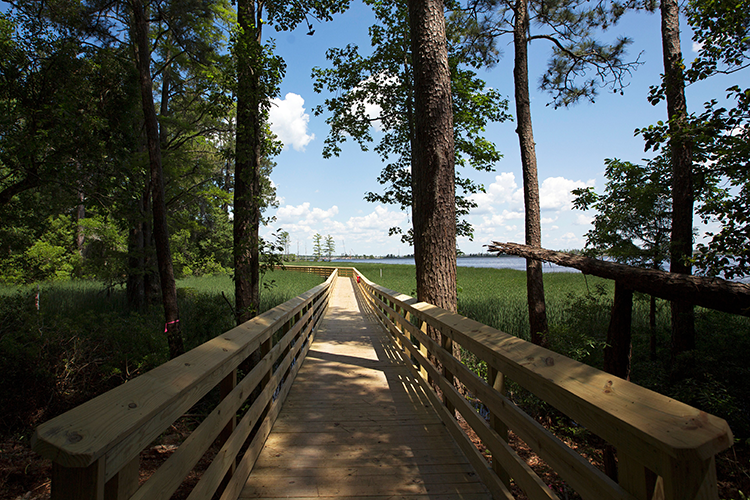 Just a short trip over the Cape Fear Memorial Bridge from downtown Wilmington, the Leland/Belville area has experienced tremendous growth in recent years. New homes abound as available land in New Hanover County becomes increasingly scarce and people are drawn to Brunswick County’s more affordable real estate, slower pace, and proximity to the amenities found in a bigger city. But there is a lot more to the story of Leland/Belville than what you see today. Both have evolved tremendously from their humble, rural beginnings.

Leland’s roots go back to the mid-1890s as a settlement at the crossroads where Village Road crossed the Wilmington, Columbia, and Augusta Railroad. Its name became formalized in late 1897 when Joseph W. Gay and other area citizens petitioned the federal government for a local post office. During this process, a list of three names was submitted as possible monikers for the area covered by the new post office. Leland, the name of Gay’s nephew, Leland Adams, was chosen, and the new post office opened on February 10, 1898, with Gay as postmaster. It was located in a corner of Gay’s General Store.

The Leland area was initially settled at the same time the earliest plantations along the Cape Fear and Brunswick rivers came into existence. Early activity revolved around the post office, the school, two grocery stores, the railroad station, Leland Baptist Church, Leland Methodist Church, and numerous homes. For many years, Leland was one of numerous small, unincorporated communities throughout Brunswick County serving as minor centers of trade throughout the early 20th century.

Finally incorporated in 1989, Town of Leland recently celebrated its 28th birthday during its annual Founders’ Day celebration, held on the second Saturday of September and featuring entertainment, food, a carnival, arts and crafts/business vendors, fireworks, and a salute to veterans. According to Census figures, Leland has grown from a population of 4,123 in 2000 to 18,843 in 2016, due mostly to large neighborhoods of new construction. In July 2015, the Town of Leland moved into its new 40,000-square-foot $9.7 million Town Hall, and that same year the 18,000-square-foot Leland Cultural Arts Center opened.

For those interested in learning more about Leland’s past and present, a few times each year there is an award-winning Leland We Don’t Know program, a two-hour bus tour that takes participants through parts of Leland they may have never seen, including sites from the Town’s early days and some of the area’s newest neighborhoods. It highlights Leland’s history and plans for the future. The next segments are planned for Oct. 3, and although both trips are already full, you can put yourself on a waiting list for either time here.

Prior to incorporation, Belville enjoyed a thriving downtown boosted by traffic from a causeway that connected Wilmington to Brunswick County and passing right through the town’s heart. But in 1977, a new Brunswick River bridge and bypass highway was opened to traffic and the old causeway road was completely abandoned, leading businesses to close their doors and creating a blighted downtown Belville. This continued until 2006, when the town announced a major redevelopment plan. Part of that plan is the Brunswick Riverwalk at Belville, which opened in May 2016. The N.C. Rice Festival is held there each September, and year-round the park provides an opportunity to escape from urban life and connect with nature.

Like the Town of Leland, the Town of Belville also identified the need for a new Town Hall to house its employees and operations. The $1.4 million building opened this month and ended a decade of renting space after the original Town Hall was condemned.

Are you looking to be part of the future of Leland and Belville? Intracoastal Realty can help. We are a full-service real estate brokerage operating since 1976, and we currently have 13 offices with over 400 agents and staff to serve Southeastern North Carolina, including the areas of Wilmington, Wrightsville Beach, Carolina Beach, Kure Beach, Southport, Oak Island, Ocean Isle Beach, Leland, Hampstead, and Topsail Island.